On January 21, 2018, New Zealand private company Rocket Lab launched a rocket carrying four satellites from its base in New Zealand. Three of the satellites are small earth observation satellites. The fourth serves no commercial purpose but is very unique. It is a carbon fiber sphere one meter (39 inches) in diameter and weighs almost 23 pounds. The sphere is covered with 76 triangular-shaped facets made of highly reflective polished material. Rocket Lab's CEO and founder Peter Beck arranged for this object to be launched into orbit around the earth as a public awareness mission to create a shared experience for everyone on planet earth. The satellite essentially functions as a giant disco ball that reflects sparkles of light back to earth. It orbits the earth once every 92 minutes from an average height of 235 miles above ground. However, the satellite is only visible under exactly the right conditions. If it passes above us during the daytime, the sun's glare will completely drown out any sparkles. If it passes above late at night, the satellite will also be in the dark and reflect nothing toward us. It has to be passing high above us shortly after sunset or shortly before sunrise. That combination of circumstances will be optimal only at certain times of the year. And we have to look at the right time in the right direction to see it.

Generally, the Humanity Star takes about eight minutes to travel across our local sky. It either comes out of the north and sets in the far south or vice versa. Mid-March and mid-May of this year are predicted to be the best months to spot it. I went out and observed it on Sunday, March 11 at 7:15 p.m as well as on the following Sunday, March 18th, at 5:50 a.m. It's tricky and is really only easy to see when high overhead. I saw instantaneous flashes of light that resembled the strobe light on a small, distant Cessna airplane. Each flash occurred during the instant in which one of the tumbling satellite's facets reflected the sun straight towards me. The flashes occurred about once every two seconds and were about as bright as an airplane's strobe light far in the distance. I saw nothing but darkness between flashes. The flashes were not always the same brightness. Sometimes I would see two bright flashes followed by a dim, barely visible flash, followed by a brighter one. The flashes were travelling across the sky about as quickly as a fast airplane. To get an idea of what to look for, you can watch the YouTube video. This was a particularly good sighting recorded in New Zealand.

You can read about this public awareness mission at thehumanitystar.com. The information is presented well and you can track the satellite in real time if you have an up-to-date browser with javascript enabled. It's important to be aware that the satellite will remain in orbit for only nine months. After that, it will fall back into the earth's atmosphere and burn up completely upon re-entry. Nothing will be left. The company has no plans to launch another one. So, you should take advantage of the viewing opportunities coming up.

I ran the satellite's TLE data from NORAD through three computer programs and generated the following predictions for the next week. There will be a couple of favorable appearances in the early morning hours in the Tucson area. Of course, the weather is another crucial factor when looking for the satellite. Not only must a viewer be looking in the right place at the right time, the sky has to be clear as well! At 200 miles above the earth, the satellite is travelling far above the highest clouds. Hence, a cloudy or overcast sky will block the view and Tucson's weather can be iffy in March.

Mon. Mar. 19. Comes out of the north at 5:48 a.m. Halfway overhead to the west, at 5:51:30 a.m. (It will be moving fast and the seconds do count.) Passes near the bright red star Arcturus (pointed to by the handle of the Big Dipper and often mistaken for Mars) at 5:51:32 a.m. Passes near Jupiter, the brightest point of light in the sky at this time, at 5:52:12. Disappears into the south at 5:55 a.m. The sky will be fairly light at this time, making the satellite difficult to spot. Use a very accurate clock and the star and planet as reference points. 218 miles away at its closest approach.

Wed. Mar 21. Another fair to poor appearance but worthy of those who like a challenge in a darker sky. Comes out of the north at 5:37 a.m. A little more than a third of the way overhead to the west at 5:40:40 a.m. Passes quite a bit below Arcturus at 5:40:46 and quite a bit below Jupiter at 5:41:32. Disappears into the south at 5:44 a.m. The satellite will be a distant 261 miles from us at its closest approach. As an added bonus, the International Space Station will cross the sky in a similar direction about 14 minutes earlier. It will emerge in the west out of the earth's shadow at 5:27 a.m., come near Jupiter at 5:27:56, and set near the southeastern horizon at 5:32 a.m. The ISS will be very bright (magnitude -1.9), as bright as Jupiter!

After this, the orbit will devolve into less favorable viewing appearances for watchers in Tucson. It's also important to be aware that the satellite's orbit cannot be predicted with any precision at all beyond five to seven days in advance. Let me know if you wake up early and see it this week!

Contrary to Rocket Lab's and Peter Beck's expectations, the Humanity Star's orbit has just begun decaying rapidly and precariously. Two satellite-tracking websites are predicting that the Humanity Star will re-enter earth's atmosphere this Thursday, March 22nd. One of those sites predicts that the satellite will come down in the south Pacific. The satellite, which was launched on January 21st and intended to have a 9 month lifespan, will thus have survived only 2 of those 9 months. The problem apparently lies in the satellite's surface area to weight ratio. It's a meter in diameter but only 1 mm thick. For that reason, it doesn't weigh much for its size. This means that the 23 pound satellite doesn't have much momentum as its proportionally large surface area pushes through the rarefied air of the upper atmosphere. While the Humanity Star experiences the same amount of drag force as a similarly sized conventional satellite, the lack of weight and lower momentum means the drag will slow it down more, causing it to fall from orbit sooner. It's a good thing some of us observed it when we did, as the opportunity to see one of the pioneering private space projects is about to come to an end.

I have some cow hides (tanned leather) to sell and a really nice pair of Men's 9 1/2D cap toe paddock boots. They're pigskin lined, very breathable and great for horseback riding or just walking around. (I did the latter.) They were made in the U.S.A., by the Bond Boot Company (California).

And for the paddock boots, I'm looking for $50.

And now my question: Is there a FB comm that's comparable in any real way to what this comm was? If you know of a FB comm with good exchanges about what's happening in Tucson, culture, politics, etc., and were rental advice and a few things for sale might also pop up, which comms are those? 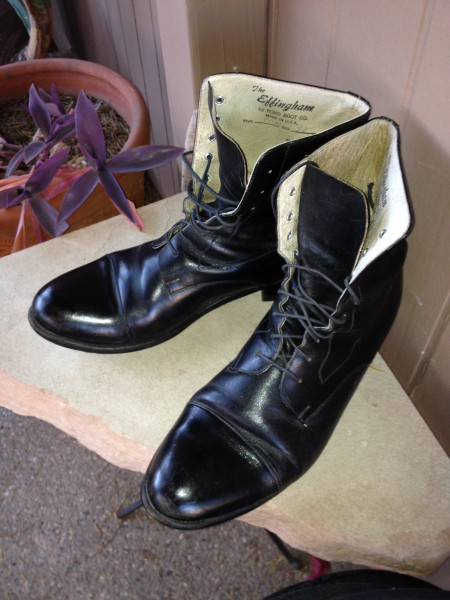 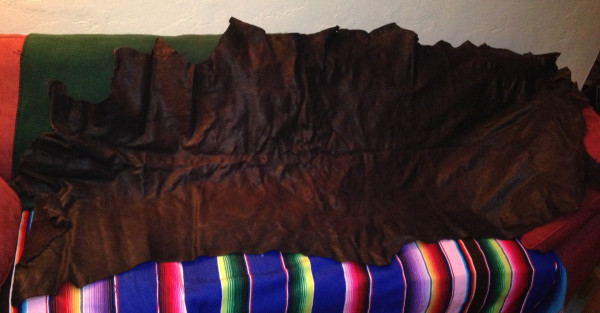 Does anyone have any places they'd recommend for a dude like me who's thinking about buying someone a Oaxacan wood carving for Christmas? I'm referring to those brightly colored, very abstract/stylized animal carvings. I've seen them here and there when I wasn't looking for them, but now that I'm actually looking for them, I can't remember where I've seen them. You know how that goes.

Many of you are familiar with Agua Linda Farm's fall festival.   Tomorrow is the last day of this season and they are having a benefit for Laurel's mom, who was in a horrific car accident the day before the festival opened.   All the proceeds -- admission remains $5 a person -- will go toward the mounting expenses that are resulting from the accident.

Joey Burns from Calexico will be doing a solo/acoustic show starting at 4p.m.Further info in the photos behind the cut.  Agua Linda had been a direct-to-consumer contributer of organic and sustainable agriculture in our community for years.  I hope you will come out and support them off you are able.

Directions to the farm can be found on their website:  www.agualindafarm.net

Posted via LiveJournal app for Android.

Back in, what, 2010 or so, if a local act with the stature of Nowhere Man and a Whiskey Girl had passed away in the way that they did, this page would be blowing up.

Things change. I get that, but I just wanted to acknowledge their passing here anyway.

So, to the memory of Nowhere Man and a Whiskey Girl, Derrick and Amy Ross, may they Rest in Peace.

From the Tucson Sentinel:
http://www.tucsonsentinel.com/arts/report/101513_nowhere_man_whiskey_girl/nowhere-man-wont-carry-alone-after-whiskey-girls-death/

From the Tucson Weekly:
http://www.tucsonweekly.com/TheRange/archives/2013/10/15/the-husband-and-wife-known-as-nowhere-man-and-a-whiskey-girl-have-died

I don't care for this guy Stanhope at all. What kind of guy goes on and on about how he how he did some other's guy's wife, when the guy is dealing with his wife being seriously ill in the hospital. Even if he'd planned the schtick months in advance, which I'm sure he didn't, any halfway decent person would change it up. Then to reduce Amy's illness to being his show's "cliffhanger," because she was seriously ill, due to undergo surgery and could die -- I have no time for people like that. That said, I'm including this link. You can hear Derrick's views for yourself. The image in the audio could be at odds with how you see him in the video above.

If you click on the little Pod icon to the left of the headline, it will play through your browser. (Or you can download the mp3).
http://stanhope.libsyn.com/the-doug-stanhope-podcast-a-bisbee-cliffhanger

Know someone looking for a room to rent near the university? Send them my way! :-)

This retails for approximately $60 but I am moving and I need some extra cash. I will give it to you for $45 or your best offer.

There is very minor wear on the box but the dvds look good. 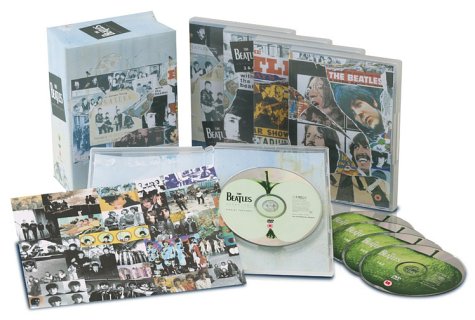 Hello, fellow Tucsonans! What are your favorite local animals? Birds, reptiles, insects, mammals, arachnids, it matters not. Will you tell me why you think they're neat?

There are a lot of unrated taxi companies on Yelp, so I thought I'd see what people here had for recommendations and stay-away stories. I need a ride to and from the airport for a trip next month. I think I can get a ride from a friend for the latter, but the former is so early in the morning that I feel bad about asking anyone.

Is your collection of stuff not complete?
Do you want more stuff to supplement the stuff you already have?
Do you want perfectly good stuff that is gently used and being sold at an unbeatable price?
Do you like... stuff?


If you answered "yes," "uhh, I guess so," "not really," or "huh?" to any of those questions, it is mandatory that you come to our yard sale!

Bring cash! And change! And a desire for buying stuff!

In conclusion, here is a haiku:

Come to our yard sale.
If you don't, we will gossip
about you. Yard sale!
Collapse